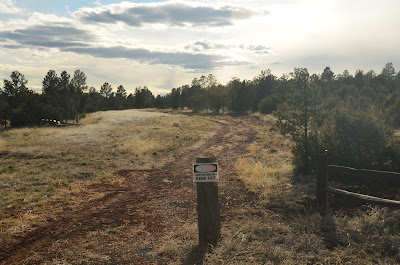 Last weekend I took a trip up north to Payson...or so I was told when I agreed to go.  After getting just outside of Payson, we plugged the final address into GPS and saw that there was another 60 miles yet to drive.  Hmm, apparently "Payson" was shorthand for "north and not Flagstaff or Prescott."  The final destination was actually Overgaard, an hour northeast of Payson and on the Rim.

I traveled with dreams of fishing and hiking.  Those dreams were dashed when we topped the Rim and found the ground still covered in large patches of snow.  Any hopes I had that this was somehow confined to the roadside were crushed by the internet when I found the Forest Service website indicated that the major lakes were likely still ice-covered and that the roads were impassible. Oh well, I thought, there will still be plenty to explore and plenty of time to do it.

As we made our final approaches to Overgaard, we started to pass signs of civilization.  First a Circle K, then The Woodshed Café, then what appeared to be a large hotel with storefronts and restaurants.  Then civilization stopped right at our cabin, which somehow Google led us right to, despite the last .25 miles appearing to be driveway.  But, hey, civilization isn't what we were looking for, relaxation was the quarry.  And with a gas fireplace, a grill, and a hot tub, relaxation would be obtained.

We spent our first evening as anyone would after having driven 2 hours into a remote area of Arizona...by investigating whether we had wifi and cable. Cable, yes; wifi, no.  Thank god we had 4G.  After finding that we actually had direct tv (good because there was no channel lineup learning curve) we proceeded to watch the same shows on the same channels as available in Phoenix until around midnight.  Quality.  Look, don't judge, relaxation is a marathon, not a sprint. There was plenty of time left to do wholesome things.

Turns out the best intentions to do wholesome things can go awry by sleeping poorly.  I don't sleep well at elevation in the first place; combine that with the misery of turning the electric baseboard up way too high and I slept for maybe 3 hours.

The plan on Saturday was to find a nice hike.  My plan was to go out for breakfast, then talk about a hike.  Breakfast was delicious - a short stack of pancakes as big as dinner plates and sausage gravy and biscuits hit the spot, as did several cups of coffee.  Unfortunately, there isn't coffee strong enough to counteract the di-fecta of sleep deprivation and sugar crash, so hiking turned into "I'm pretty sure that if I don't nap, I'm going to die."  So a nap was had.  Once I regained my energy, I "fished."  And by "fished," I mean I casted a plastic lizard at pine cones to improve my accuracy. I did not improve much.

After about 30 minutes of casting, I walked across the street to Bison Ranch - easily the newest thing in Overgaard.  Bison Ranch is a Wyndham condo/timeshare with retail space and a dining option - Wild Women.  Don't let your expectations get too high, Wild Women is merely a suggestion.  I had the sort of salad that's only good when your meals in the previous meals were the aforementioned breakfast, a half-pound of brie, some chicken, and looking at Kraft mac and cheese.  The wildest thing about Wild Women is that they had free wifi, so I could set up my new Windows Surface tablet.  Yay.

I also walked around the retail area. It was Easter weekend and several bored locals were Easter caroling. One of the gift shops had a bear hat.


Around 4pm it got sort of sunny and I got sort of energetic, so I rounded up a friend and went on a walk.  (Interesting exchange at Wild Women: "Can you recommend somewhere nearby to take a walk?" "What do you mean, 'take a walk?'").  With the lack of direction and local knowledge, we simply set off into the neighborhood behind the cabin complex.  Halfway into the neighborhood as we walked down the road making derisive comments about people who say they "don't test well," we noticed a middle aged fellow with his tshirt tucked into his shorts approach the road from the driveway of his very expensive vacation home.  It was clear that he was going to address us, but he started WAY too soon and got to the end of the drive a good 30 seconds too soon and stood there awkwardly waiting for us to get close enough for him to say something.  Turns out he and his wife needed help moving a very large china cabinet and we seemed like just the sort of people who could be of assistance.  Unsure if this was legit or a ploy to lock us in a basement for sex torture, we warily agreed, and made it out alive.  My companion got a little too offended that he called her my wife, and then she turned down the bottle of wine offered for our help.  We have some things to address from that...

The good thing that came of this detour was that he directed us to the National Forest, which was our destination all along.  Soon after we arrived at the point of the whole weekend - the Sitgreaves National Forest.  It's a nice area to walk aimlessly.  And there were ducks. 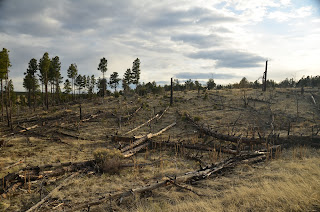 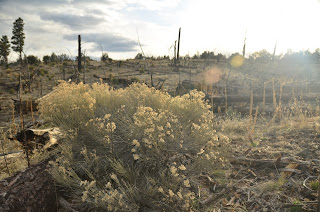 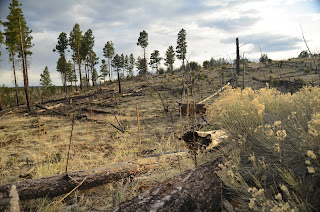 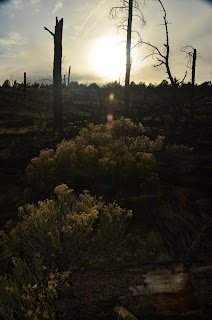 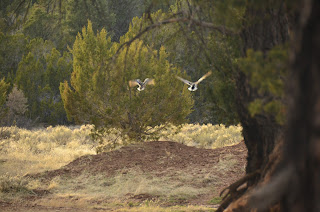 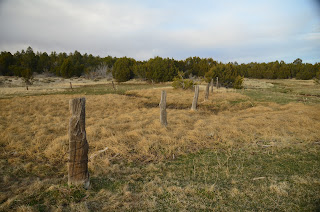 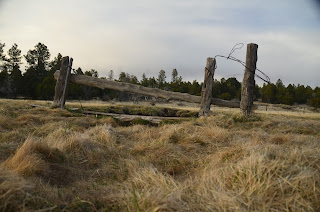 After our walk we returned to our favorite Overgaard pastime - cable. That finished out the weekend, for the most part.  You may think TV in such a beautiful land is a waste...and you're kind of right, but the nice thing was that we didn't have the stress of knowing we were neglecting real obligations by watching TV.