A Weekend in the City of San Diego, or San Diego for Strangers 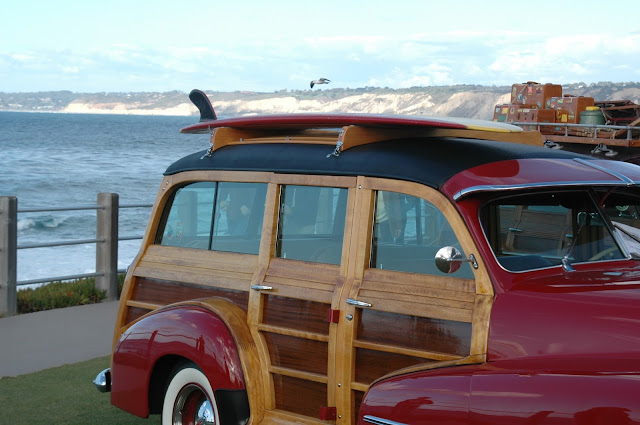 San Diego, at a time this city was probably best known for the Ron Burgundy's interesting translation of its name into English.  If you're in Arizona, it's best known for being a year-round beach escape.  If you're like me, though, and grew up on the East Coast there is a lot about San Diego that will probably take you off guard.  So, for all of you Arizona transplants unfamiliar with SoCal beaches, here's a little guide.  For the rest of you, here are some possible helpful links (tirelessly curated from the first page of Google results for 'San Diego')  to help you plan your next trip. 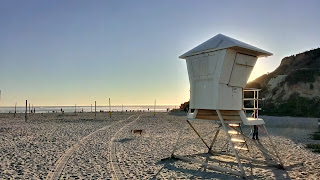 
Ok, now to the things they don't tell you about going to San Diego.

1. You have to pass through California "customs" if you drive there.  This is primarily to keep people from bringing in banned produce items.  For a list of what you can and can't bring, check out the California Department of Agriculture page here - http://www.cdfa.ca.gov/plant/PE/interiorexclusion/ext_summary.html.  Now, as an attorney, I would never advise you to lie to agents of the state, I can say that people often go through with produce but answer that they do not have produce without consequence.

2. You have to pass through a US Border Patrol checkpoint if you drive there.  About 45 minutes outside of San Diego there is a border patrol stop on I-8.  This is a bad spot to be drunk, possessing drugs, or to be in the country illegally.  It is also a bad place to need to use the bathroom and there are few stops between Yuma and the border, so plan accordingly.

Ok, now to the actual city/beach...

3. It's not like the East Coast.  If you grew up going to Myrtle or Virginia Beach, the OBX, Ocean City MD, Daytona/Miami/Gulf Coast, etc., you're used to the mountains fading into the piedmont region and then into the coastal flats.  There is a distinct sensation that you're at the beach because suddenly you start seeing sand and you can glimpse the ocean between high-rise coastal hotels.  Not so in San Diego.  The approach winds through mountains as you descend from about 4,000 feet to sea level in the last 30 or so minutes of your drive.  Surprisingly, there's no smooth transition to beach - in most spots, suddenly the mountains sort of stop and the ocean starts.  For an East Coaster visiting SoCal for the first time, it's an awesome sense of discovery and novelty.


4. It's still not like the East Coast. Another thing you're probably used to is looking at a map and maybe choosing your hotel by how far it is from the beach without a second thought.  You take for granted that if you are a short distance on the map from the shore, you can walk right there through any number of beach access points - at worst, you're in the OBX and have to walk around a private neighborhood.  You never plan for cliffs.  Well, in San Diego, coastal cliffs are a thing.  There's no simply looking at a map and surmising that because the distance as the crow flies is 200 yards that you can just walk right out to the beach without a problem because there's a decent chance (depending on where you are) that this 200 yard walk might include plummeting a few hundred feet off a cliff onto the sand.  Beach access is something you can't take for granted and should plan around if this matters to you

5. Seriously, it's not the East Coast.  Myrtle Beach, VA Beach, Daytona Beach, Ocean City, and so on feel distinctly like tourist destinations with the first couple blocks off the beach being exclusively hotels and motels, the next block or two being Wings, Eagles, and other tourist-trap shops (or, if you're under 12, the most amazing things ever), and beyond that an unexplored black woods that no sane person would ever explore.  San Diego and the neighboring areas are more like a city and suburbs that happen to be on the coast.  It's a quaint sort of feeling that makes the entire experience seem a bit more authentic, but it also causes some logistical issues because everything is spread out the same way a regular city would be.

5.1. Because San Diego is a legitimate city as well as a tourist destination, there's an interesting interplay of tourist economy and regular economy; tourists and locals.  Lots of people live and work here without regard to tourism, respect that.  Don't be a 'Zonie' - a tourist, specifically an Arizona tourist, with a sense of entitlement and no courtesy for others - have some manners about you.

6. Lots of people surf on waves that are much smaller than your imagination would have you believe is possible to surf on.  They congregate in very specific areas of lots of surfers.  And there is an understood code of conduct.

7. The water is frigid.  All the time.  January and July seemingly have no temperature difference.  Be prepared to have your breath taken.

8. It's not all about the beach.  San Diego has nightlife (including, but not limited to, the Gaslamp), it has family-friendly attractions (San Diego Zoo, Sea World...), it has cultural attractions (Balboa Park and its associated museums, botanical garden, and more), and it has sports (Chargers, Padres).

9. May Gray, June Gloom...seasonal clouds/fog so prevalent that they have commonly known names.  There's a good chance that if you go in these months, you will deal with a soul-crushing haze every day that makes you question the attraction of San Diego.  Finally, around noon every day, after you've been defeated and given up, it all burns off and becomes beautiful.  Yup, the city utilizes psychological warfare.

10. The temperature never rises as high as East Coast beaches.  Even in the middle of summer, average high temperatures don't pass the upper-70s.  Does that comport with your imaginary picture of California beaches?  Didn't think so.  Is it amazing?  Yup.  The most important take away is that you'll need a sweatshirt/sweater/jacket year round.

The moral - San Diego is a great weekend getaway easily accessible by road or a relatively inexpensive flight.  It's legitimate year-round destination with activities for all comers.